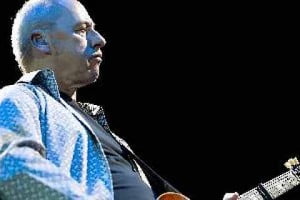 Mark Knopfler will be on a world tour from the beginning of May 2015 and one the stops of the tour will be Dublin.

Mark Knopfler is British songwriter, guitarist and also a film score composer. He is best known as the lead singer, lead guitarist and songwriter of the rock band Dire Straits. Since 1995 Knopfler released seven solo albums and he composed eight film scores including Call (1984), Local Hero (1983), The Princess Bride (1987) and Wag the Dog (1997). During his career he worked together with several influential musicians such as Eric Clapton, Bob Dylan, George Jones, Sting and so on.

So from May 2015 Mark Knopfler will be on a tour and the first concert will be held in Dublin and the last concert of the tour will take place in Florida.

The Mark Knopfler concert in Dublin will be held on Friday on the 15th May 2015 and it will take place at The O2 Arena. The next evening on Saturday on the 16th May 2015 Knopfler will be on stage in Manchester. Tickets for the concerts are already available.

For more information on the tickets and prices please check the following site: WorldTicketShop