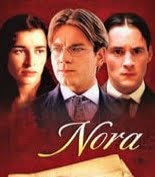 Maybe Dublin is not a frequent location to shot a movie but it does not mean that there are any that takes place in the capital city of Ireland in Dublin so in this short article we will list some of the movies that was shot in Dublin.

The F Word
The first movie we would like to write about is The F Word. The F Word is an Irish-Canadian romantic comedy movie which was released in 2013 directed by Michael Dowse and written by Elan Mastai. The movie is based on the play Toothpaste and Cigars by Michael Rinaldi and T. J. Dawe. It is about a young man Wallace who struggles with love and how he finds love in the end. The movie stars Daniel Radcliffe as Wallace, Zoe Kazan as Chantry, Megan Park as Dalia, Adam Driver as Allan, Mackenzie Davis as Nicole and Rafe Spall as Ben.

– Read more about attractions in Vienna 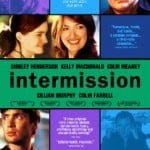 Intermission
The third movie from our list is an Irish movie that was also completely shot in Dublin. The movie Intermission is an Irish black comedy crime movie which was released in 2003. The film was directed by John Crowley and it was written by Mark O’Rowe. The story of the film is about the young couple John and Deirde who are just recently separated and all the people around them as well. The movie has several storylines that are connected in some ways and cross over one another. The film stars Collin Farrell as Lehiff who is petty criminal, Kelly Macdonald as Deirde, Cillian Murphy as John who is the former boyfriend of Deirde, Colm Meaney as detective Jerry Lynch and so on.

Ordinary Decent Criminal can be watched on US Netflix.

The last movie from the list is Nora. Nora is drama which was released in 2000 and it was directed by Pat Murphy. The whole movie takes place in the beautiful city in Dublin in 1904. The movie is about Nora Barnacle and her husband James Joyce who is an Irish author. The film stars Ewan McGregor as James Joyce, Susan Lynch as Nora Barnacle, Andrew Scott as Michael Bodkin and so on.

Nora can be seen on US Netflix easily, so if you want to watch this film get yourself an American IP address and use your current Netflix subscription to watch it there. More about watching Netflix from abroad can be found here.