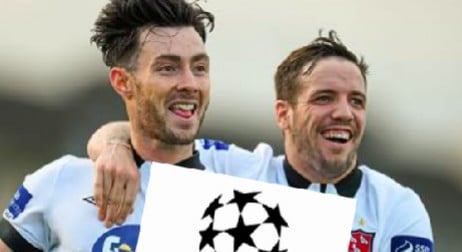 Can you imagine that an Irish team might get to play in the Champions League this year? Dundalk has gotten all the way to the last play-off where they will play against Legia Warszava tomorrow at home. 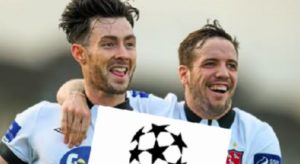 There hasn’t been a top Irish team in football in Europe for a long time. They are for sure still not a top team in Europe, but they might at least get a chance to play against the best teams in Europe if they manage to qualify for the Champions League. What is great is that they will play in Europe no matter what, because even if they would loose against Legia Warszava they will automatically qualify for the Europe League which is a treat in itself!

If you want to cheer for Dundalk tomorrow (August 17th) as they play against Legia Warszava then you will not have to travel with train to Dundalk. Maybe you thought that the match would be played there, but it will not. Dundalk is by the way to the north of Dublin, in the direction of the beautiful city of Belfast.  Instead of traveling to Dundalk all you have to do is to take a bus to the Aviva Stadium in Dublin and you are ready to watch Dundalk play against Legia Warszava. It probably wont be packed at the stadium (it has space for about 80,000 people after all), but there will for sure be thousands of Irish fans coming to cheer for their new national heroes.

If you want to watch the match then you can buy tickets on the spot!

Have a fantastic time in Dublin, and if you have the time, make sure to visit all the magnificent attractions the city has to offer while in town!

The match between Dundalk and Legia Warszava is only the first out of two matches. The second match will be played next week in Warszava.