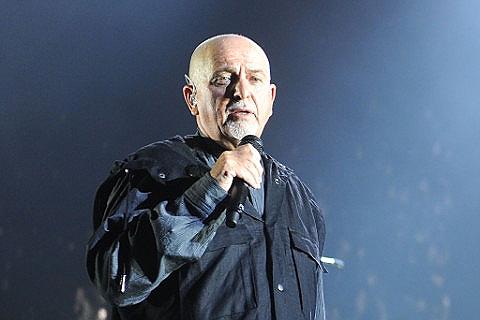 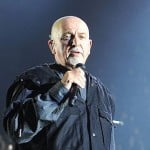 Peter Gabriel is an English singer, songwriter, musician and also a humanitarian activists. He is best known as the lead vocalist and flautist of the worldwide known rock band Genesis.

After he left the band he started a really successful solo career. Peter Gabriel released his first solo debut album the So in 1968 which brought him an ultimate success. The number one single from the album Sledgehammer won at the 1987 MTV Video Music Award and it is still one of the most played music videos of all time in the history of MTV. He was nominated and won several awards during his musician career including six Grammy Awards, 13 MTV Video Music Awards, 3 Brit Awards and so on. Peter Gabriel released his latest album the New Blood in 2011.

Peter Gabriel is on tour this year and he will perform in different European countries. The Back to Front Tour is a two year concert tour. The tour and his performances are based on the songs of the So album which was released in 1968. Gabriel is touring with the musicians that he mostly was on tour with between 1986 and 1987. Peter Gabriel started his tour back in 2012 in North America then he continued in Europe. He will perform this year in the United Kingdom, France and Ireland. In Ireland the concert will be held in Dublin at The O2 Arena on Wednesday 10th December 2014.

If you want to know more information about concerts in Dublin, click the link. For tickets, visit WorldTicketShop