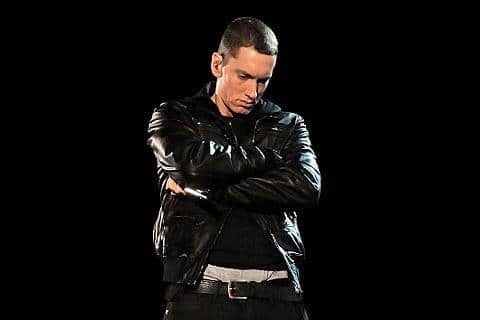 Most people think about Eminem, he is a loud-mouthed, hard core rapper, who is a successful white man in a black world. We could hear a lot in his songs about his life, his relationship with his mother, uncle, daughter, friends. So honest, so true, so talented.

Marshall Bruce Matters III was born in the state Missouri in 1972. His father left the family when the young Marshall was less than two years old. After that he and his mother moved a lot, and finally they settled down in the city of cars and music, Detroit. His uncle, Ronnie showed him first the hip-hop music. After that the young Marshall entered for lots of freestyle competitions and he won a lot from that. He got a name in the hip-hop culture. The success arrived in 1999 after his first album, the Slim Shady LP. His world wide known name, Eminem was born in this time too. From that he continuously presents his fans with his newer albums. He has started his actor career in 2002, when he played the leading part in the movie, 8 miles. He got an Oscar award after this film in the best movie soundtrack cathegory. He has his own record company, and he sponsor the young hip-hop generation. However he judged homosexuals, Britney Spears and Moby, nowadays he says he calmed down and isn’t angry to anyone.

Good news for the fans, the American rapper is going to attend to Europe, to make an enormous party with the inhabitants of the old continent. Don’t miss Eminem’ concert in 17 August 2013 in the Slane Castle, Dublin and be the part of the biggest party of this summer! Have fun! 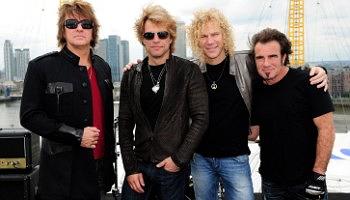 The extremely popular band Bon Jovi will come to Dublin on June 15th in 2013 and you are hereby invited. The Bon Jovi tour will for sure be one of the hottest tours in all of Europe in 2013 so be prepared for a packed venue as Bon Jovi comes to Slane Castle to perform there. The concert event is expected to start around 15.00, so this is not a late night party.

Jon Bon Jovi is the front figure of the band which has had some amazing hits during their time together. It all started in 1983 and since then maybe their greatest hits have been “It’s my life”, “Always” and “Bed of roses”. If you want to be there at the Bon Jovi concert in Dublin, then order your tickets as soon as possible and prepare for an amazing concert!

Do not miss out on the cool pub crawl and all the other museums and activities in Dublin when in town and in Ireland. And if you have the time we can warmly recommend a day trip to Belfast!