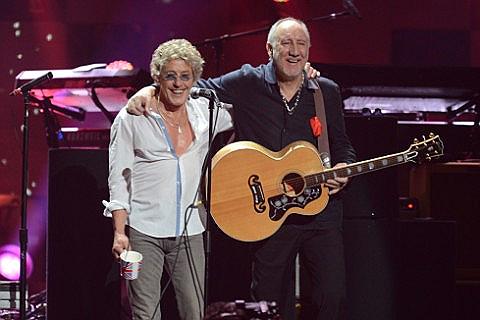 The grandfathers of punk, the greatest pioneers of hard rock and some other nicknames, what The Who have, and they really deserve them, because people usually mention them in the same level with The Doors or the Rolling Stones. The real success arrived with the My Generation album in 1965, and the title song is classic today too. The band was most successful in the end of the 60s; they were famous because of their wild, almost overwhelming concerts. But one of the founder members, the drummer tragic death ended the band’s success and they broke up finally in 1982.

Why am I talking about this? Because in 2004 two members of the band decided to brush up the good old times and they revived the band for a few concerts, what were so successful, the band released two new albums, and this summer they will start a European tour to promote their last album and they will concert at 8 June 2013 at the O2 Arena in Dublin.
Spend a day in Dublin, enjoy the local pubs’ lovely atmosphere, discover the famous Irish drinking culture and make unforgettable your holiday with the concert of a living legend, The Who. Do not miss it, buy your ticket still today for the concert and have a great time!

The Who concert Dublin 2013