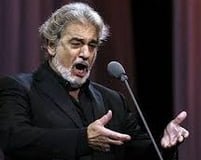 Plácido Domingo might not visit the most famous attractions in Dublin such as the Trinity College, the National Botanic Gardens or the St. Patrick’s Cathedral but he will be surely on stage at 3 Arena in Dublin where the concert will be held on Sunday on the 31st May in 2015. The show will start at 18.30 and the tickets are already available for the concert.

Tickets can be bought from WorldTicketShop
.

One thought on “Plácido Domingo concert in Dublin in 2015”